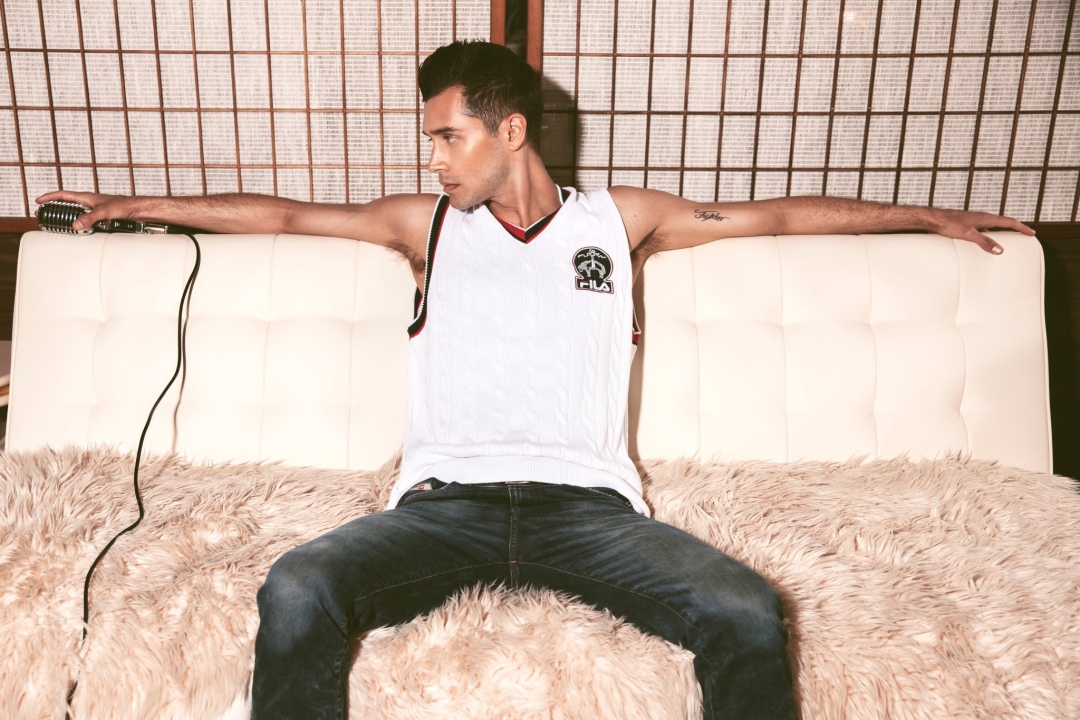 Mess Your Hair Up with Stewart Taylor

Mustard had the pleasure of speaking with Los Angeles’s Stewart Taylor. Together we discussed their multiple outlets, their influences, being an active voice in the LGBTQ+ community, their newest single “Maybe We Shouldn’t Talk” and so much more! Check it out below!

1.Hello! Mustard is thankful and grateful to have you join them! How are you doing today?

My pleasure!!! I’m doing well. I just celebrated my birthday and I’m prepping a lot of new music and projects this year!

2. You’re a singer, songwriter, dancer, and MMG model. Mustard wonders which came first. Would you say these all overlap to help influence your music?

I started singing first as a little kid, and the songwriting and dancing when I was seven years-old. The music one hundred percent always comes first. Modeling is fun and was honestly something that started as a result of all of the photo shoots I was doing for my music career. Then during the pandemic MMG signed me as a model after viewing my portfolio. All of these things influence my music because I get to have a hand in everything I do. Every look, every song, every lyric, the photo shoots, the choreography… it all ties into the performances and music videos.

3. Prince and George Michael are cited as two of your influences. What songs or albums of theirs did you first connect with? What made these artists stand out compared to others you may have listened too? How do they influence your music now?

I was introduced to Prince when I was a pre-teen by a family friend. I heard his iconic album Purple Rain and was absolutely hooked. I loved his flamboyance, his falsetto, his attitude, and his entire beautiful catalogue of music. He’s the best of the best. George Michael was someone I discovered a little later in life. I always heard old Wham songs on the radio growing up and loved the music, but around thirteen I discovered George’s first solo album Faith and never looked back. I loved and still love George’s songwriting, his voice, and his stage presence. Like Prince, he really mastered the celebration of masculine and feminine energies and expression as an artist. They were both so unapologetic, and that’s always given me the freedom as an artist to take risks and be unapologetically me with my own music and visuals.

4. Music Shelf loves Berklee College. Could you tell us more about your time there? What lessons did you learn there that you still use now as an artist?

I love Berklee College of Music too! I was so lucky that I got accepted into that school and got to graduate with some really incredible people. When I started out at Berklee in Boston, it was the first time in my life that I was surrounded by musicians who also wanted to live an artistic life like me. The dream finally became real once I was there. I met some of my best friends there who I still work with to this day in LA. The college absolutely kicked my ass in all the best ways musically and artistically and I wouldn’t trade my experiences there for anything.

5. You’ve worked with some big names such as Charlie Puth and Kara DioGuardi. How do you form these type of connections and relationships? For artists looking to network, what advice would you give them?

My connections came very organically in this business. Charlie Puth and I actually both went to Berklee and were paired up as writers in our first semester of Kara DioGuardi’s songwriting class. Our other classmates were Betty Who and Ingrid Andress to name a few, and I always said it felt like I was in the new Mickey Mouse club with all of these future pop stars. Then those people ACTUALLY became pop stars! I gave Charlie some pointers on the mic and he gave me great musical pointers about harmonies and vocal stacking that I still use in my music. Kara pushed all of us incredibly hard as writers and producers and it honestly changed the course of my artistic life forever. I would say to anyone just starting out, go out to shows of artists you like, go to events, reach out to people you admire and ask if they’d like to write. Take the time to study and hone your craft. Look to your left and your right wherever you are on your journey and work with the people coming up alongside you. That’s what I’ve been doing for the past decade.

6. You’re an active voice in the LGBTQ+ community and your coming out story was featured in the New York Times Best-seller “It Gets Better: Coming Out, Overcoming Bullying, and Creating a Life Worth Living.” How did it feel to have your story immortalized? Has your story helped inspired others?

It was such an honor to be asked by the founders of the It Gets Better organization to share my story. I was eighteen at the time and I really felt that my coming out story could help some people with similar struggles that I had had. My message above all else is to give people who are different than you the gift of acceptance. The greatest gift you can give to yourself and others is acceptance. People reached out to me for years after the book was published asking for advice with coming out or thanking me for sharing my story. Connecting with people through our shared experiences is what it’s all about for me.

7. 2016 saw the release of your first single “Withdrawal.” This song tugs at Mustard’s bottle. What inspired this song?

Oh that’s an oldie! An anti-bullying song called Liberation was actually the first single I released in 2015. Most of that music isn’t even on the internet anymore, but Withdrawal I’ve left up on streaming services because it’s such a live favorite. I love stripping down my songs during shows and really taking a moment to sing my heart out about unrequited love. I fell for a painter in Boston and he ended up going back to his ex shortly after dating me. Withdrawal was written the moment I knew it was over and it’s one of my favorite ballads to sing.

8. “Mess Your Hair Up” followed afterwards. It was featured on Queerty’s top ten songs of the summer. Is messing someone’s hair up a fun common activity? Could you share more about this single?

Mess Your Hair Up was when everything really clicked for me as an artist. I knew who I was, I knew what sound I wanted, and I wrote it about a boyfriend who I had fallen madly in love with. Messing someone’s hair up is mainly something I do in bed with someone when we’re getting kinky. In this case. I wrote it after my boyfriend sent me a really sexy picture of himself after getting his haircut. I immediately texted him back saying “I just want to jump on you and mess your hair up in bed right now.” The chorus of the song was born right there as I walked down the street in Beverly Hills!

9. On “Cover Boy” you state that you’re the destination and not the drive by. What kind of statement were you trying to make with song? Were you successful in becoming their cover boy?

I want to make a statement with every song I release. With Cover Boy in particular, it was about knowing my worth and not being anyone’s second choice while they wait on the sidelines. I don’t have time for mind games and people who don’t know what they want. If you’re not that person’s destination, thank you, next!

10. “Maybe We Shouldn’t Talk” is your newest single. Is this song a response to the events of “Cover Boy?” How did it feel to cut ties with a toxic ex? For humans who may be trying to do the same what advice could you give them?

Maybe We Shouldn’t Talk was actually written about a different ex that I had a much longer relationship with. We stayed in touch for a while after our breakup but it became clear very quickly that we both needed time to not talk with each other. He was bitter and lashing out and I wrote the song about our disastrous relationship and the uncomfortable aftermath. My advice for anyone leaving toxic relationships is to set major boundaries. When we broke up, we couldn’t really see each other anymore or talk like we used to when we were dating. Ultimately we stopped talking altogether for a while until both of us had gotten over it. Two plus years after the breakup I can finally call him a friend.

11. What’s next for Stewart Taylor?

Lots of fun things are coming up in the next few months! I’m releasing the music video for Maybe We Shouldn’t Talk and I have a song coming out on an international commercial. I’m beyond excited!

12. Where can readers listen to your music?

Readers can listen to my music on Spotify, Apple Music, Tidal, Youtube, and wherever else music is streamed and purchased. Thank you for supporting independent artists like me.