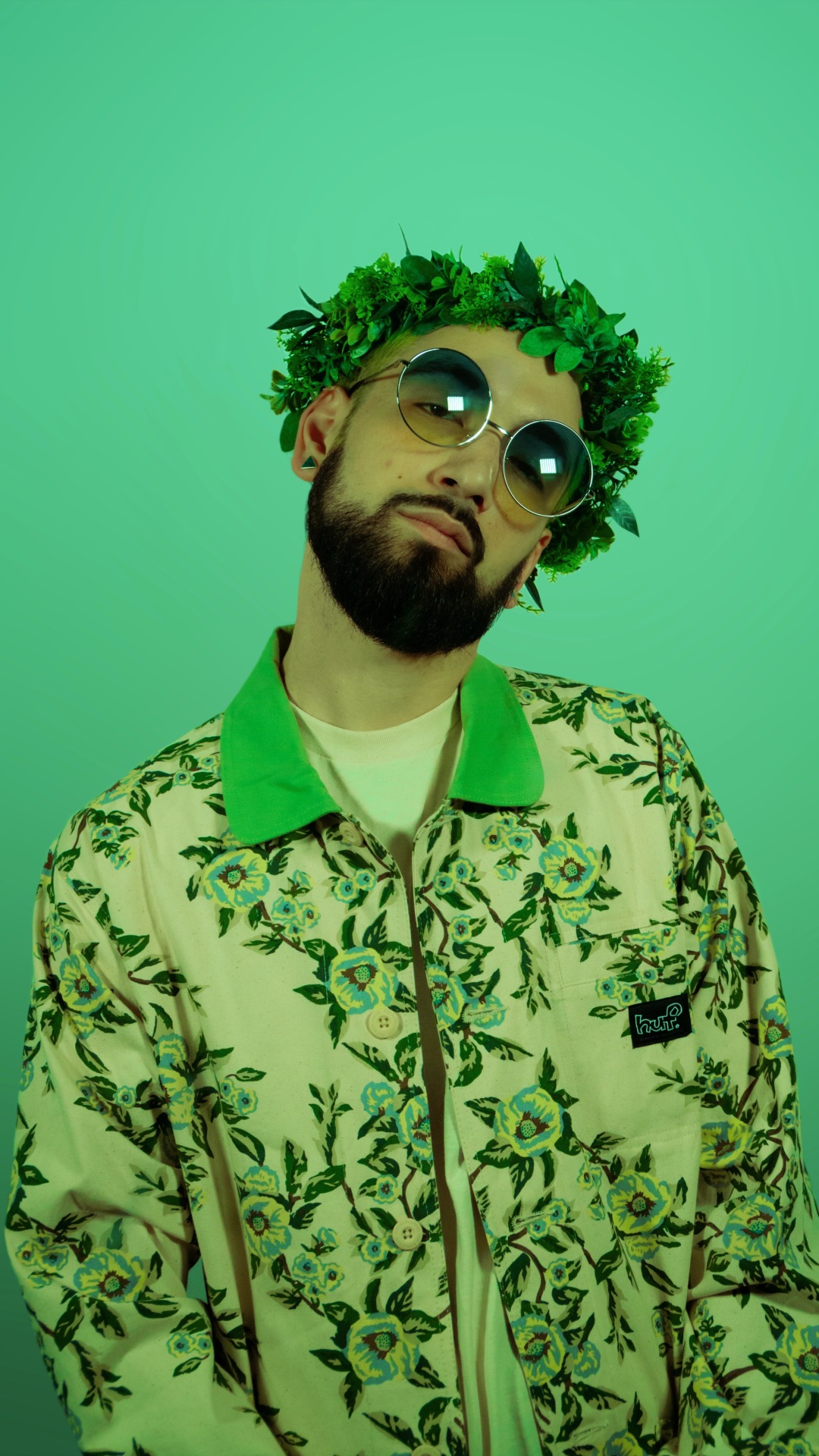 The Green Thumb of Era Wadi

Mustard had the pleasure of speaking with Austin’s Era Wadi. Together we discussed their musical inspiration, how Reddit played a role in their career, their latest song “Green Thumb”, and so much more!

1. Hello! Mustard is thankful to have you join them. How are you?

2. Your musical inspiration began from your father’s collections of vinyls. Can you recall the first album that really wowed you? What albums do you believe all humans should own on vinyl?

It’s difficult to recall the first album (meaning Vinyl) vs CDs of the time, it’s gotta be the Temptations Gold Or Thriller. First Hip-Hop album that wowed me enough to recall was Lupe Fiasco’s Food & Liquor.

3. How did developing relationships in new surroundings help form your music?

I’ve thought about this a lot moving so often in my childhood, I think it honestly helped me form originality and empathy. Being constantly moved from one school to another meant that I never really formed long lasting friendships or relationships, meaning I did not have a lot of influence on the person and artist I would become. It also gave me the appreciation for being surrounded by many different walks of life.

4. Who (or what) inspires you? Both musically and in life?

I get inspired by the pursuit, in my mind my music and artistry is a lifelong journey. I look at my skill as almost as a meter or percentage of what I may be able to do, and I have yet to reach what I believe I am capable of. I don’t think anything else externally can make me push harder than the thought of not seeing my pursuit through to its end.

5. What is your songwriting process?

I work very much in a natural way, if I connect with the beat and a hook or freestyle comes to mind immediately it’s a go, if not we keep cooking. Once I have the beat I look at it in sections, each one should have something engaging to the audience and recapture their ear. Theme comes from the hook and that for me is the ground we return to after we fly in the verses.

6. Mustard wonders if you are a member of the subreddit r/hiphopheads. What is it like uploading your music to Reddit compared to other platforms?

I am a member but I have infrequently uploaded music. I did very early in my process and I found that there was very little engagement and plays but it lead to the biggest song I’ve worked on yet, so mixed bag with some dumb luck I was fortunate. Can’t say that’s how it will always go though!

7. It was uploading your music to Reddit and YouTube that caught the attention of HEDEGAARD. How did this collaboration happen?

r/hiphophead homie, HEDEGAARD found my first-ish unmixed songs called Standing Room Only and Kids Have Fun, he really vibed with my voice. He DM’d me and asked if I could give him some vocals to sample over a beat he had, instead I made a whole song and he loved it. That led to more collaborations and millions of streams.

8. Your collaboration with HEDEGAARD opened up more doors for you. Did this all happen at once or over time? How did you manage this? What advice do you have for other artists who may experience something similar?

It opened up doors for collaboration with other artists and DJs in Europe which we are incredibly thankful for. The only downside, if there’s one, is that the music made with those artists is so different from what I would make naturally. My advice to artists would be to collaborate and be open to working with people outside of your given genre, I think that’s becoming more cliche advice as we see more genre blending across the map and I don’t think that’s gonna slow down.

9. You’ve released two EPS – Layoff Season and Underemployed which are connected. When working on Layoff Season, was Underemployed already planned? Or did that happen later on? What did it feel like to focus primarily on your music?

Layoff Season was made because I got fired from a decently paying job, Underemployed was because I had to get a job at a ‘famous’ BBQ restaurant in town, not to imply the restaurant job was beneath me I actually enjoyed it alot but the same issues I saw at a larger corporate level existed there too. Between the two jobs there was a space of making music only but not being focused and business minded in my approach. After quitting the BBQ place, I focused up and decided to be wholly focused on making this shit pop pop. That feeling is one of stress, how to figure out information that is behind gatekeepers and pay to play. How to create content that conveys a message but is also algorithm conscience, how to generate money from the music enough to focus on only making music. All stressful and confusing, but it’s the same way I felt working for other people. There are moments of success and appreciation for all we have accomplished. There is still more to do and we have just gotten started.

10. Mustard loves the concept behind your latest single “Green Thumb.” What was the inspiration behind this track? Have you always been a fan of horticulture?

Green Thumb is a two track project with Gaia being the first and Emeril being the second. I decided to do a color based series of releases, the first being Allred and this being the second. The tracks are inspired by the thoughts of green and what it inspires, one being mother earth the second being nourishment. Yes, I love horticulture, it’s in my blood and I have a talent for it most definitely.

11. You’re invited to rap in a cypher with your favorite artists. Who joins you?

We are moving on to purple. I’m currently working on the next project daily and aiming for it to be done soon. Not sure what the name will be, maybe Purple Bacon, Purple Circle, Purple Patch. I would appreciate Mustard’s opinion on this.

You can search for Era Wadi on every music platform. I host a music stream on Twitch every weekday, my channel is EraWadi. You can visit my website at erawadi.com which will have all the social links, music, updates, and content. Come out to a show, if you’re in the Austin area!