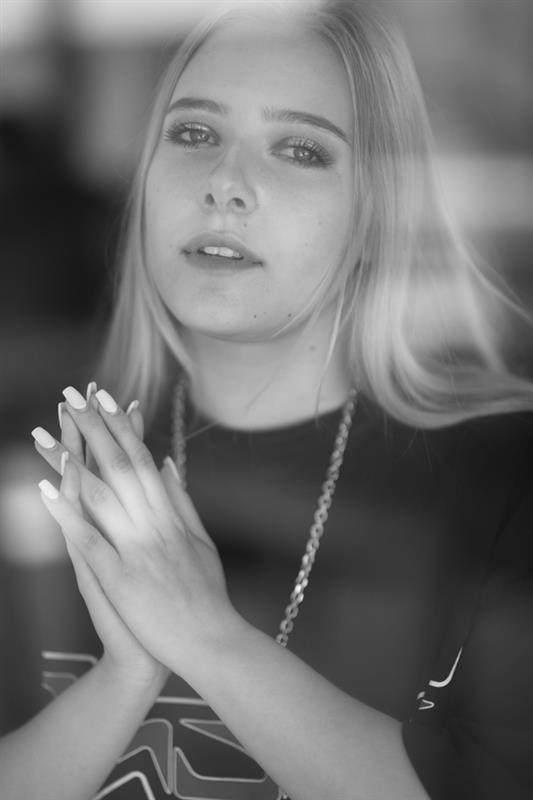 Mustard had the pleasure of speaking with Germany’s Cheriimoya. Together we discussed their introduction to music, their childhood friendship with Sierra Kid, their creative process, signing with Arista Records, and so much more!

1. Hello! Mustard is grateful to have you join them. How are you?

Hey Mustard! This is my first interview so I‘m really excited! Thank you for having me, I‘m feeling great

2. You were introduced to the likes of Bob Dylan and Pink Floyd at a young age. What were your first impressions of these artists? Do you still listen to them?

I immediately fell in love with their sound. I was so young that I didn’t understand the lyrics yet because my first language is German.It wasn’t until I learned English, I could understand them and after that I loved the music even more. My dad always played their songs on the guitar and sang to them while I was falling asleep. I connect with them a lot as it reminds me of home and gives me a sense of security. I still listen to their music to this day.

3. Later on, your sister introduced you to Lil Wayne and Nicki Minaj. A big contrast from Dylan and Pink Floyd. What song or album did your sister share with you? Do you have a favorite Lil Wayne or Nicki Minaj line or verse?

My sister didn’t show me any specific songs. She always watched MTV and I think “how to love” by Lil Wayne could have been one of the first songs that caught my ear. It was easy for me to fall in love with his music because we share the same love for Rock Music and I admire Rap. Lil Wayne combines Rock with Rap extremely well. Even one of his most famous songs “Lollipop“ has an electric guitar solo. He even has a whole Rock / Rap album “Rebirth” with songs like “Drop the world”. I can’t pick a specific line because there are too many good ones. But anyone who listens to Lil Wayne’s music knows his great puns. . It is something that I love about his music as well. After I discovered him I searched for his music more and more on YouTube, I found artists like Nicki Minaj, Birdman, Rick Ross and many more rappers.

4. How did it feel to no longer sing in secret? What did your friend Sierra Kidd say or do to help encourage you to share your voice?

5. What is your creative process?

I record all my music at home. This gives me the opportunity to not only write down what I feel but also to record it directly. I think that gives my music a lot of added value because it’s the feelings I felt in that exact moment. You can hear it in my voice too. The easiest way for me to prepare myself to record is to resolve that I will never release the song. So I can be one hundred percent open and honest and let all my feelings out. But most of the time I’m so happy with the end result that I want to share it. I always hope that it helps at least one person to feel understood.

I’m mainly influenced by my feelings and everything that I experience. I’m very much in my head all the time. Another influence of mine is Sierra Kidd.I always see him recording and what I hear is great. He gives a sense of vulnerability afterwards and that’s when I immediately feel like getting creative. It’s very easy for him to open up, I admire that very much.

7. “Living Life, In The Night” was the first song you recorded. It has charted globally in Central and Eastern Europe along with amassing and incredible amount of streams on Spotify. What inspired this song? What was your initial reaction to its success?

Sierra Kidd is a childhood friend of mine. In 2018, he got diagnosed with an anxiety disorder, PTSD and depression. That‘s what this song is about. Especially in the nights, he was struggling the most. I tried my best to be there for him during this hard time.

8. You followed up “Living Life, In The Night” with “Purpose” which further established your sound. Could you share more about this release?

I was also happy that we were able to use the recording of it because I was moving and spontaneously recorded the song as a sketch. I don’t like re-recording songs as I truly believe in putting my feelings into my music. Not only through the lyrics but also through recording it in that exact moment when I feel it the most.

9. In “Should Be Wiser” you confront the void that you’ve been trying to avoid. How do you handle and approach these situations? What advice do you have for those who also stress over bullshit?

Focus on what‘s important. Small things affect me a lot. I think it has something to do with people pleasing again, because I want everyone to like me. But that‘s not possible at all. It’s also about how much people have hurt me and how I forgot for a while who I actually am and want to be. I think the best thing you can do is to focus on who you want to be. Every day you get a new chance to make the right decisions to become this person, take it as often as you can and don’t let yourself down when there are days you can‘t. New opportunities are always on the way.

10. Mustard loves the imagery of “House of The Lost.” What do you do escape from this house? What was the inspiration behind this single?

It was more of being stuck than escaping. But a good insight for myself and the first step to even realize that I have to escape. I want to be completely me. I did lose myself for a long time and somehow forgot who I am. A lot of people felt intimidated by me which led me to make myself smaller, quieter and dim my shine. I never understood why others felt this way in my presence until I realized that those feelings were triggered by their own insecurities. I always thought there was something wrong with me and I felt so lost. After I realized that I was giving away a piece of myself in hopes of being accepted.

11. You recently signed to Arista records. How does it feel being signed to a big label? What was your initial reaction when they approached you with the offer? Who on the label would you be interested in collaborating with?

I was so happy I couldn’t stop smiling. It still feels unreal and I think it always will. When everything got more serious I honestly got a little nervous. I was afraid that it was all too big for me, but I’m glad that I took the plunge. I got blessed with the greatest team that makes me feel very safe and comfortable. Arista has many great artists I‘m interested in collaborating with! But most of all I would loooove to work with ROSIE. I haven’t had the chance to meet her yet but her music makes me feel understood and her voice and her lyrics are incredible!

I’m working on a whole project right now and some other awesome stuff involving my song “living life, in the night” featuring Sierra Kidd. There is a lot of love and work in it. I can’t wait to share it with all of you!

You can listen to my music on all streaming platforms like Apple Music, Spotify, Tidal, Deezer, Youtube Music and Amazon Music and hopefully live soon!