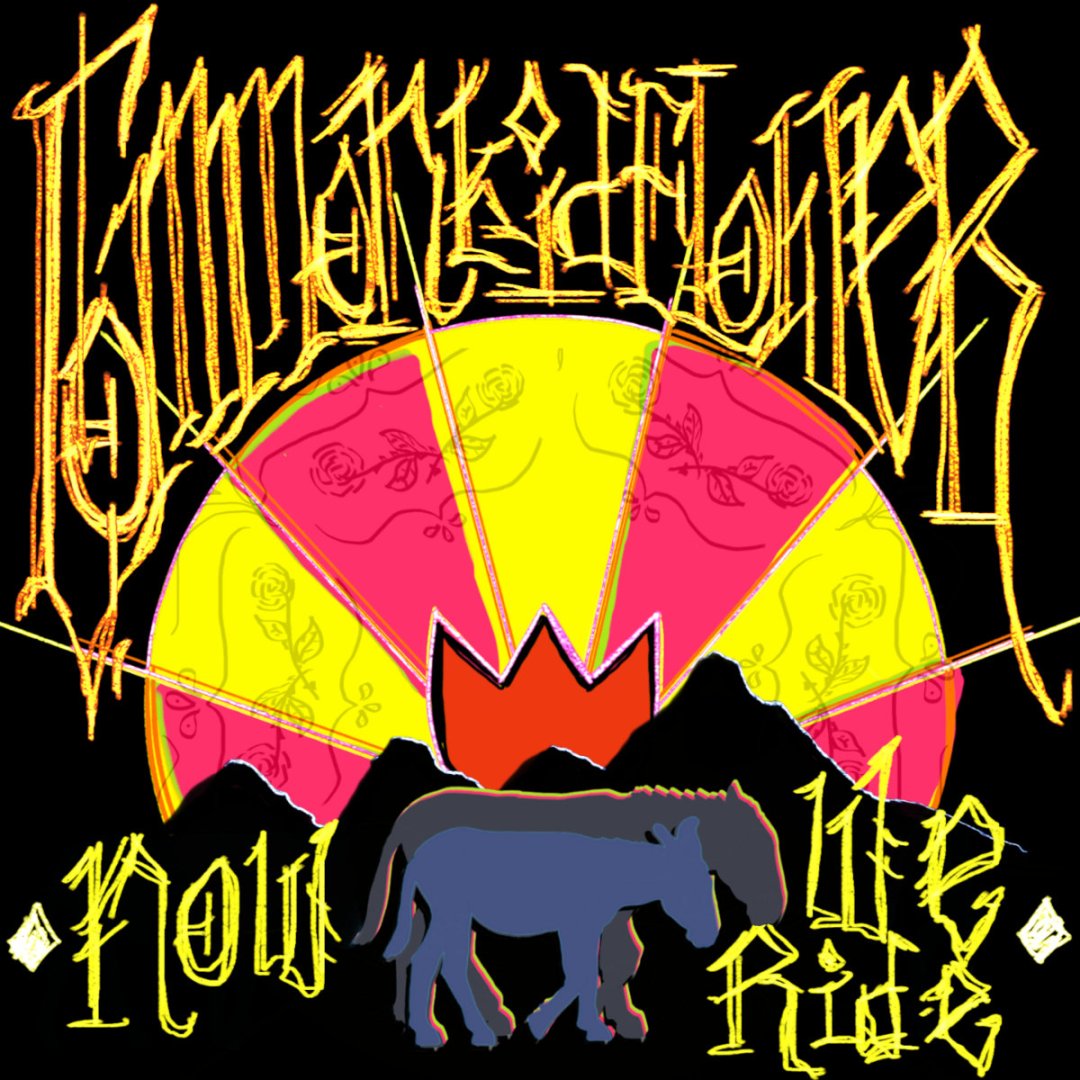 I’m going to keep saying it until you get it, until you’re hearing what I’m hearing.

I was born and raised in a small desert town: people commonly rode horses, our sunsets are stunning, and our summers are unbearable. If you’ve been to Phoenix, Arizona, you’re aware of its personality–its sort of bravado. If you haven’t, then hopefully you’ve seen some classic Western/Cowboy films, hopefully with John Wayne (“The Cowboys” is one of my favorite films, gets me everytime). Ok, you got that image in your head?

Now make it Ska-Punk and turn it up to 11 and you’ve got Common Kid Flower.

I actually came across them last year with their single “Living Room” (an all-time favorite now) in 2021 and there really wasn’t much more of CKF that was available, so I would just have their one song pop up in my Liked shuffle. Still the idea of CKF was something I always thought was super awesome: they’re a DIY band to the max with just two of them creating these amazing songs pretty much in their house. You have Josh on guitar and Chloé on bass and programming the drums, both share vocals.

Going back to the desert Southwest image, CKF just dropped the perfect ska-punk chronicle of cowboys, cattlemen, and crusty punks. “Now, We Ride” is an odyssey, an adventure, a collection of stories that flow in and out of each other, all coupled with this sporadic ska-punk that certainly leans more towards the punk realm. I understand that my affinity towards this album and this band is probably due to our proximity, but finally hearing CKF put out a full-length album already made me happy, but the overarching theme of the album is something I’ve totally become enamored with. These aren’t yer grandpappy’s cowboy songs!

You can’t pin one song down, rhythmically speaking. “Old Crow” starts off with this really quick upstroke section, then moves into the traditional power chord punk-rock but then a harmonica comes in and you’re transported to a ranch as a tumbleweed rolls by. “Big Nose Kate” has one of my favorite musical breakdowns I’ve heard in awhile, starting out as a somber tale of a widower, and then this impeccable ska breakdown that makes me stop and bounce every time I get to that part of the album. And the album is chalk-full of these “Oh woah…” moments because, like I said, not a single song can be pinned down rhythmically.

They deserve to be talked about, they need to be listened to, and they should be supported by the Ska community. That’s my opinion, yes, but I stand firmly behind it.

You can find “Now, We Ride” on Spotify and Bandcamp, and Common Kid Flower is on Twitter and Instagram (please shoot them a follow, I foresee a lot of great things coming from CKF).