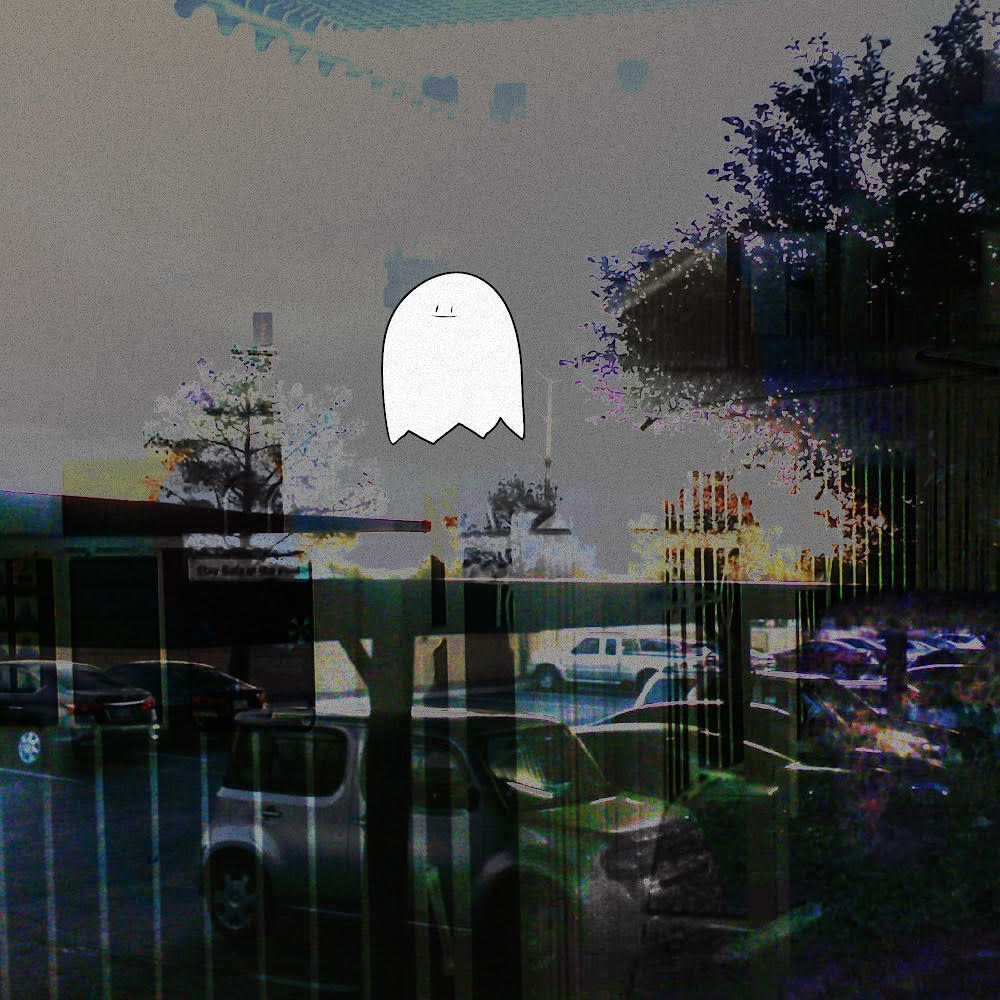 Mustard had the pleasure of speaking with Cozyinn. Together we discussed their name, Pluto pop, Pluto the dog, and so much more!

1. Mustard is thankful to have you join them at Music Shelf. How are you doing today?

Hey! I’m doing alright today, just incredibly tired. I’ve been finishing up a ton of music and working out a ton of new songs and behind the scenes stuff with Cozyinn and my personal life in general, so it’s been a busy few months.

2. Mustard wonders if your artist name was inspired by a comfortable resting location. What inspired your name?

Oh definitely. Cozyinn (the name) came from a hotel I used to stay at quite often back in 2019, called “Comfort Inn & Suites.” It was this really cool and comfortable hotel that I have a ton of good memories of – this entire period sort of influenced who I am and who I was as a person. In 2021, I abandoned my old music project and decided to start fresh. I had a hard time coming up with names for the project and I ended up settling on Cozyinn due to me revisiting those memories and that time period as a whole quite often. The “inn” part comes from the name of the hotel and the “Cozy” part is a synonym of comfort. I’m really happy with the name, as it basically encapsulates everything I want to accomplish with this project.

3. Is there a song or album that had a significant impact on you? Could you share more?

Oh boy, a ton of musical projects and tracks have influenced me. I feel like each year I always find something new – whether that be a song, album, or genre – that influences me and makes me incorporate that into my sound. Lately it has been slacker rock and 90s alt rock. It’s hard to truly show off EVERYTHING that has influenced me throughout my time as an artist but if I had to choose five musical projects, it would be:

I could keep on going but these 5 projects basically condense everything about Cozyinn to its most basic form.

4. Who or what influences you?

Honestly, I don’t know. I guess everything and nothing all at once, I truly care about music and I love telling stories – whether that be about myself or something more general and broad – in my music, but nothing has directly influenced me consistently. My life, as is everybody else’s, is constantly changing. That goes for my music. I can’t settle on one specific person or point of interest because I can confindently say I won’t be writing about that down the line. I am not the same person I was when I wrote and recorded Pluto Pop and I don’t feel the same way. I am not the same person I was when I first wrote and recorded this upcoming album. I may look the same or even feel the same at times but to say I am the same person would be a disservice to me as an artist and as a person.

5. It was your friend Caedmon who came up with the title of your EP “Pluto Pop.” How would you define Pluto Pop?

Shout out to Caedmon, he was the first friend I truly made in music. We’ve been talking again lately. He’s super cool and talented. In terms of defining Pluto Pop, I’d say it’s pop music. Obviously. At its core – and this goes for all of my music – it is pop. However, my goal with this “made-up” genre is to present familiar ideas in a way fresh and unique, a new perspective of sorts. These songs may sound familiar, they may remind you of something else, but you might not be able to place your finger on it (if that makes sense.) I guess it’s a more DIY/slacker subcategory of art pop. This is how I want pop music to sound like, whether that’s synthpop, indie pop, power pop, folk pop, or hyperpop. It’s weird and I can’t fully comprehend it myself, but people seem to enjoy it.

6. You’re a member of Friends House Records. What are some qualities you look for in a friend?

The basic things, someone who is kind, entertaining, passionate, cares about themselves and others, just an all-around good person with basic decency. I also want them to be slightly talkative. I love listening to people and learn about things they enjoy. I mean, I’ve rambled about albums I enjoy before and I love people who do the same thing. Listening to people is an important skill to have, and plus you might learn something new. I actually just had a discussion with three or four of my friends over Car Seat Headrest and their music, and it was wonderful. FHR-cord and everybody related to it is the best!

7. Last November you released your debut EP “Pluto Pop” which you wrote, produced, recorded, mixed, and mastered. How did it feel to finally release “Pluto Pop” into the human world?

It was incredibly cathartic but also very stressful. Pluto Pop was everything within the past 2 years being condensed into 5 songs, I obsessed over it far too much for most of 2021. It’s very raw and emotionally potent and it was DRAINING. When I finished the project in October of last year, I could barely listen to it. I felt awful. I was just very tired and moody. I can barely listen to it now, it’s far too vulnerable and uncomfortable, I just end up nitpicking it whenever I do listen to it. I had to be in a specific headspace to even consider releasing that (and I kind of regret it, to be honest.) Especially with Hate – which is my most popular song right now and almsot everybdy’s favorite track off the record, I actually really don’t like it. I regret writing it, but the majority seems to enjoy it and I can’t be mad whatsoever, I’m just happy anybody likes my music at all. It was also insane to finally have a project I was proud of out in the world, and when people started telling me how much they liked it, I was genuinely shocked. I’m happy it’s out there and I’m happy it gave me a decent-sized fanbase to build off of and show my appreciation towards. Everybody who has listened to, downloaded, bought, and supported Cozyinn is awesome and I love you all!!!

8. Mustard has observed that Pluto is no longer considered a planet. Does this change anything musically for you?

I still haven’t forgiven the IAU for it and I never will. Doesn’t really change much for me musically, but Pluto will forever be a planet in my heart. Who knows, maybe I’ll write a 3 hour rock opera about it? The Wall by Pink Floyd except make it about the status of Pluto as a planet, haha!

9. Additionally, Pluto is also a dog. Have you had a chance to meet this animal?

I have not met Pluto the dog and he for sure isn’t cooler than my dog. His name is Albie and he’s adorable. He’s also very tiny. Often when I’m writing music, he just sits under my chair or under my legs, he’s that tiny.

10. To celebrate the one year release of “Pluto Pop” you recently released “Ramona’s EP.” Could you share more about “Ramona’s EP?”

Absolutely, Ramona’s EP came from two failed projects – one was a collab EP with two other artists (that shall remain secret) and the other was intended for the original idea of my second album (which shall also remain secret). These two songs were finished and I didn’t just want to release them as singles or leave them rotting away on my hard drive, so I compiled them into Ramona’s EP. I needed to release something this year and I was proud enough of these songs to share them – especially Bailey-Miller Pink, I love my usage of piano on that song. It’s easy to view it as a throwaway EP, but this EP actually gives a taste as to what Cozyinn will sound like from 2023 and on.

11. Will Ramona be making a return on your upcoming album LP1?

Ramona will not be on LP1 unfortunately, but you will meet another guy (or shall I say “ghost”) for this record. His name is Goob and he’s my ghost friend helping me for this album cycle. He’s an awesome lil guy and I wish him the best – I can’t stay with him forever! In terms of Ramona, however, she might be the subject of a future project. She’s sort of me in the sense of like an alter-ego or character (the same way Joe is Will Toledo on Teens Of Denial). No promises though, things are subject to change. People are subject to change too.

LP1 is three things. It’s a continuation of Pluto Pop, it’s a summary of the past 3 years for my music, and it’s the end of an era. In terms of Pluto Pop, it builds off the energy and sound of that record – the lyricism is less vulnerable and a lot more third-person centric (which somehow made it very personal funnily enough.) In terms of the past 3 years, this album jumps between genres wildly – genres that I’ve experimented with and genres that have defined my music up to this point. In the first half alone, there’s a piano ballad, a hyperpop track, an indie pop track, a Strokes/Phoenix-esque song and a high energy ukulele-based alternative rock song. It’s a wild combination of sounds and I hope everybody thinks it all fits and flows well, especially since the underlying melodies and vintage/lo-fi inspired mixing and mastering ties everything together. In terms of the third point, this is the final project I’m making with this sound. My music is going to be different starting 2023 – more 90s slacker/alt rock/indietronica inspired (think less Twenty One Pilots’ Trench and more Jane Remover’s frailty mixed with Car Seat Headrest and Nirvana.) This album basically says goodbye to this era of my life and introduces a new one – especially since I’ve attempted around 8 or 9 debut albums that all fell through (and this album contains a remake from a scrapped Pluto Pop song and a remake of a pre-Cozyinn song.) I’m proud that I’ve gotten this far.

Oh boy, a lot is going to change with Cozyinn this next year. Cozyinn might become a proper 4-piece unit potentially (still working out that proposal), and I plan to remake two songs from Pluto Pop next year. In terms of future releases, I have started recording a new album based around nighttime and introspection. It’ll be a lot more indietronica, slacker rock, and alternative rock. It’s genuinely, no joke, the best and most experimental thing I’ve written thus far. It’s far less conventional than LP1 (although sonic cues from LP1 are still apparent for this second album), and I’m excited to see what everybody thinks of it. I also plan to release a new song around the start of 2023 as part of a cool release with my label, so look out for that. I also plan to start a side project called “Matchbox Star Platinum” that is a lot more chamber pop/folk rock/slacker influenced. I have a lot of ambitions right now, haha. Cozyinn and the future of Cozyinn is going to be different, but it’s still going to be me, I promise you that.

14. Where can readers listen to your music?

My music is available everywhere! It’s pay-what-you-want on bandcamp, and on all streaming services. I have a new song releating December 16th called “The Playground Outside,” which is intended for my debut album. This album is coming in 2022! I don’t have a huge discography, so you can get through everything with a good hour or two, in case you are worried.

One thought on “Get Comfortable with Cozyinn”